Wind power capacity in Denmark increased by 275 MW in 2017, bringing the total to 5,521 MW. The country installed 373 MW of new turbines—including 28 MW of new offshore wind (4 turbines)—and 98 MW were dismantled.

The Danish Government has an objective of 50% renewable energy by 2030. The existing agreement has been explained in earlier annual reports and can be found in the Danish Energy Agency’s publication “Energy Policy in Denmark” (December 2012).

In April 2017, the government-appointed Energy Commission presented its recommendations for a new energy policy to the Danish government. Denmark needs an ambitious, long-term energy policy as early as 2020, in order to reach the 2050 goal for a low-emissions society. The commission considers the government’s 2030 renewable energy target and the EU’s CO2 commitment as stepping stones along the road to 2050. The commission also provides important contributions to the preparation of the government’s proposal for a new energy agreement.

Notably, 114 of the new turbines had a capacity at or below 25 kW. The largest rated turbine installed was an MHI Vestas 9.5-MW test turbine at the Østerild test site; unfortunately, this turbine had to be taken down after a fire in the hub. A detailed history of installed capacity and production in Denmark can be downloaded from the Danish Energy Agency website. At the end of 2017, 6,157 turbines were operational, producing a total of 14.8 TWh—a new record for wind-generated electricity.

Since the creation of the program, more than 600 projects have been initiated with funding, for a total of 3 billion DKK (402 million EUR; 483 million USD). The partners behind the projects have matched EUDP funding with an equivalent amount. The former program, ForskEL (Energinet.dk), merged with EUDP in 2017. EUDP has published a new strategy for 2017-2019, which focuses on energy technologies for international markets in the coming years. 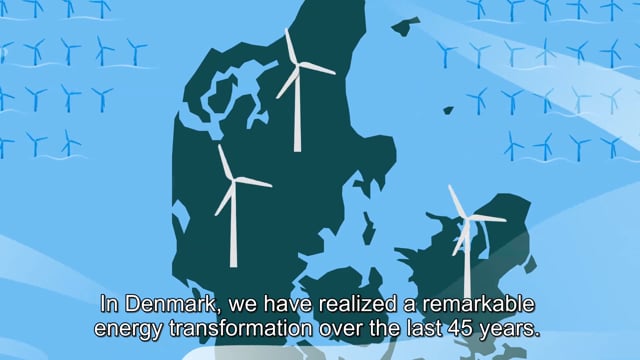 Send your mail at