A new renewable energy deployment goal was proposed during the presidential election in 2017. A detailed deployment plan was announced in December 2017 suggesting new deployment targets and new incentive programs including RPS.

To learn more about wind energy in Korea, please review their chapter in the IEA Wind TCP 2017 Annual Report. 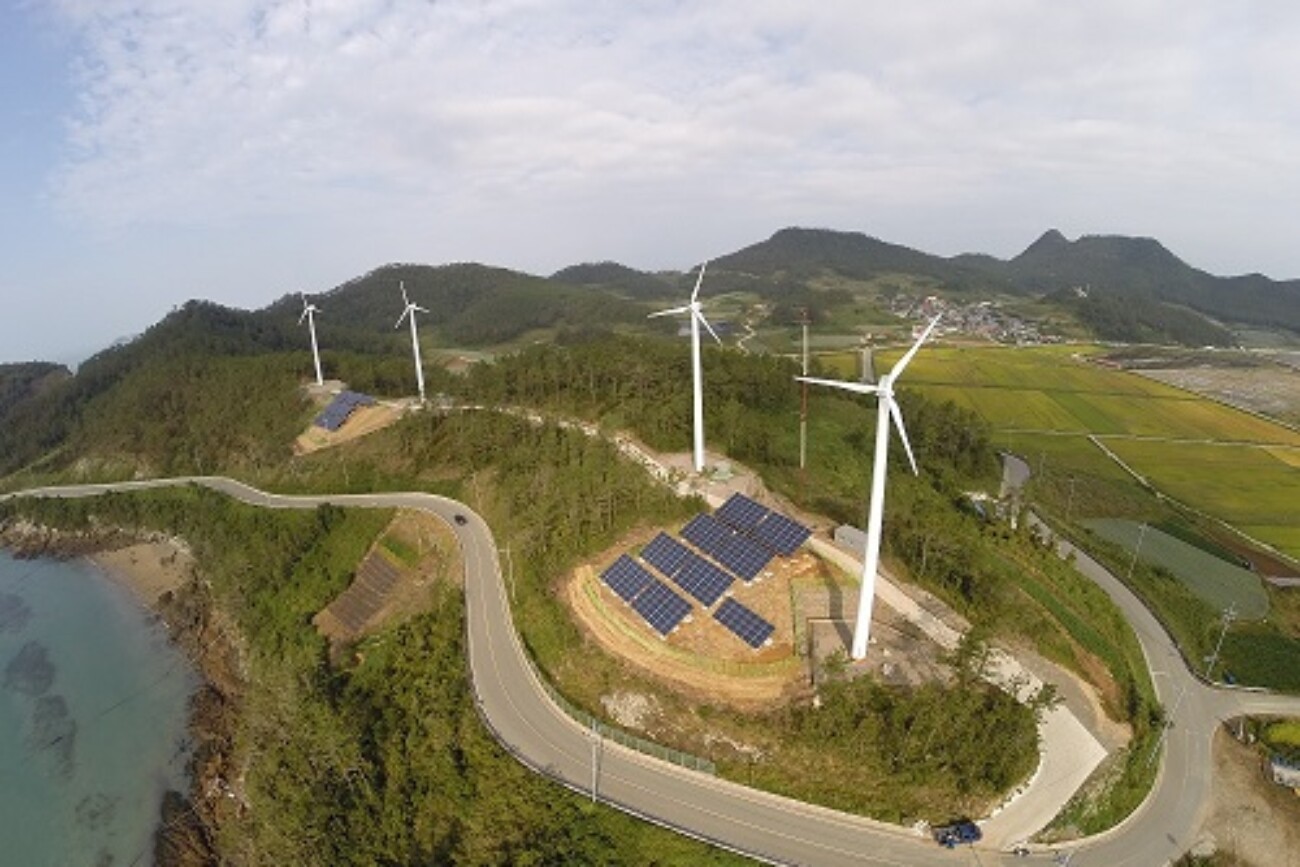 South Korea produces 1.68 TWh from wind energy (2016), which accounts for 0.3% of the country’s electricity consumption.

The Korean government has focused on wind energy as a clean energy resource that could replace fossil fuels and nuclear power. Therefore, the new government has proposed an aggressive renewable energy deployment plan, through which Korea will increase renewable energy’s share of the electric power system to 20% by 2030. The government has announced a detailed implementation plan and prepared the supporting policies.

New installations have increased gradually, due to the relieved restrictions for site development approval and RPS restraint. The total wind power capacity in 2017 was 1,035 MW (for turbines over 200 kW).

In 2014, the Korean government relieved the restrictions for land-based wind turbine site development and simplified the approval process. This change has encouraged investment in wind energy. In 2016, Korea installed 182 MW of new wind energy capacity, a 21% increase that brought accumulated wind power slightly over 1 GW. In 2017, the country installed an estimated 130 MW.

However, most ship building and heavy industry companies have closed their businesses because of slow technology development and severe competition. The number of manufacturers was also decreased in 2016. The number of companies involved in wind energy shifted from 34 in 2014 to 37 in 2015, before dropping to 30 in 2016. The wind sector employed an estimated 2,424 Koreans in 2014 and 2,369 in 2015; this decreased further to 1,813 in 2016. Complicated wind farm constructions were a large contributor to this decline in sales, number of companies, and employees.

Investment in the wind energy industry has been falling continuously after a peak in 2009. However, the Korean government still maintains strong willingness to support wind energy, and has continuously funded wind energy R&D, although funding amounts fluctuate.